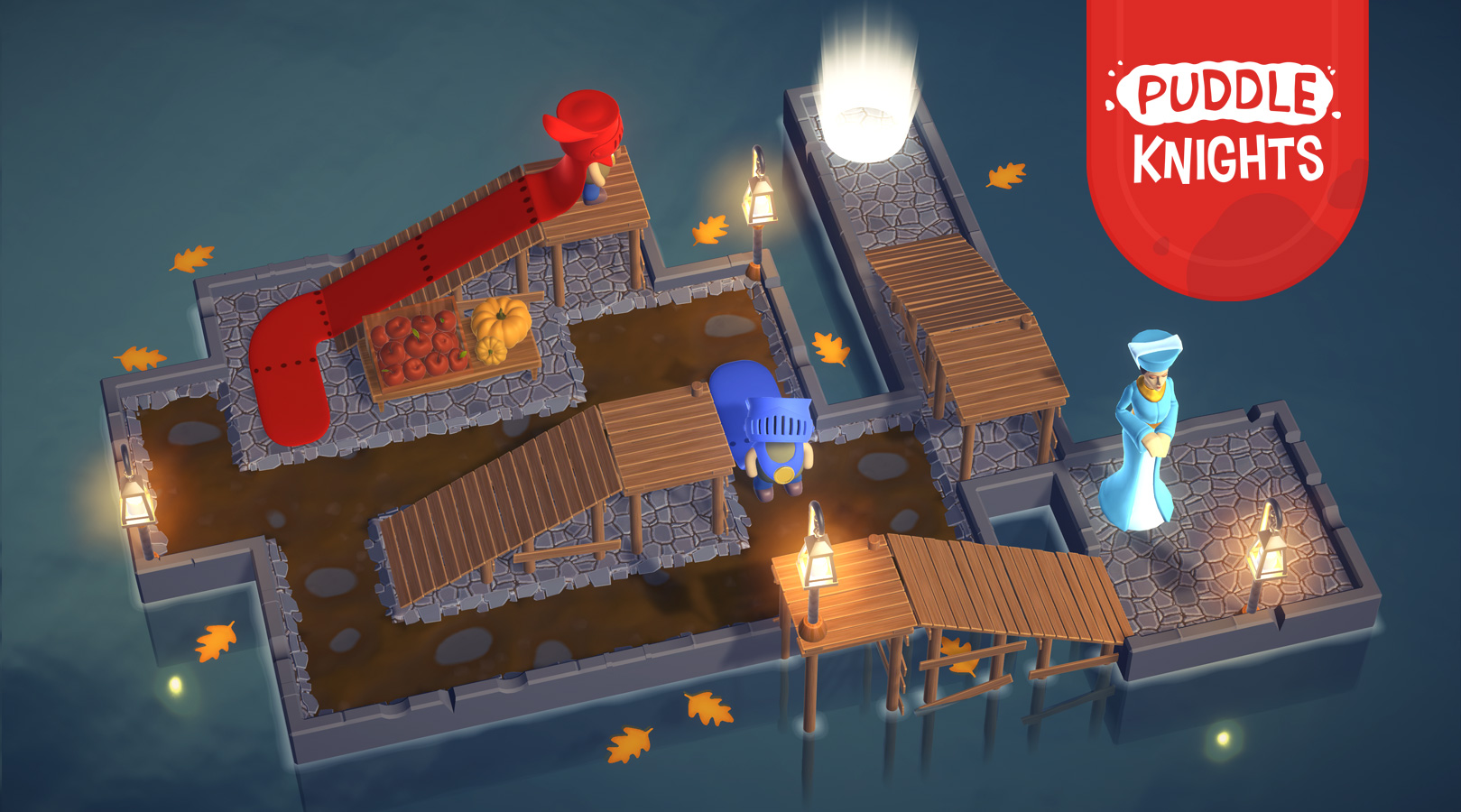 Puddle Knights is a turn-based puzzle game featuring medieval scenery and unique mud-and-cape based gameplay. You direct knights with a cape trailing behind them in a snakelike fashion, trying to get nobles to their goal without getting mud on any fancy clothes. The game builds up depth on top of an elegant set of unique core mechanics to provide a variety of challenging puzzles.

Puddle Knights started development as a two-day prototype in December 2018, which already included the current set of core mechanics, but just a handful of levels and simple graphics. However, the concept stuck and the team soon felt there was a lot more to explore in the land where capes are long and mud is plentiful. The ideas had to brew for a while longer until Harry Damm joined Olli Etuaho at Lockpickle in spring 2019 and the project was picked up for further development.

The game was then greatly expanded with new mechanics, with some like swine herding eventually getting axed while others like drawbridges and stepping on heads found use in lots of levels. An investment was also made to a custom animation system that makes the capes flex just the right way in motion, as well as custom level editing tools that made adding the rest of the 100+ levels a breeze.

The game was released on Steam for PC and Mac on 3rd of March 2020, and an expanded version with even more levels and mechanics was released on Nintendo Switch eShop on 8th of October 2020.