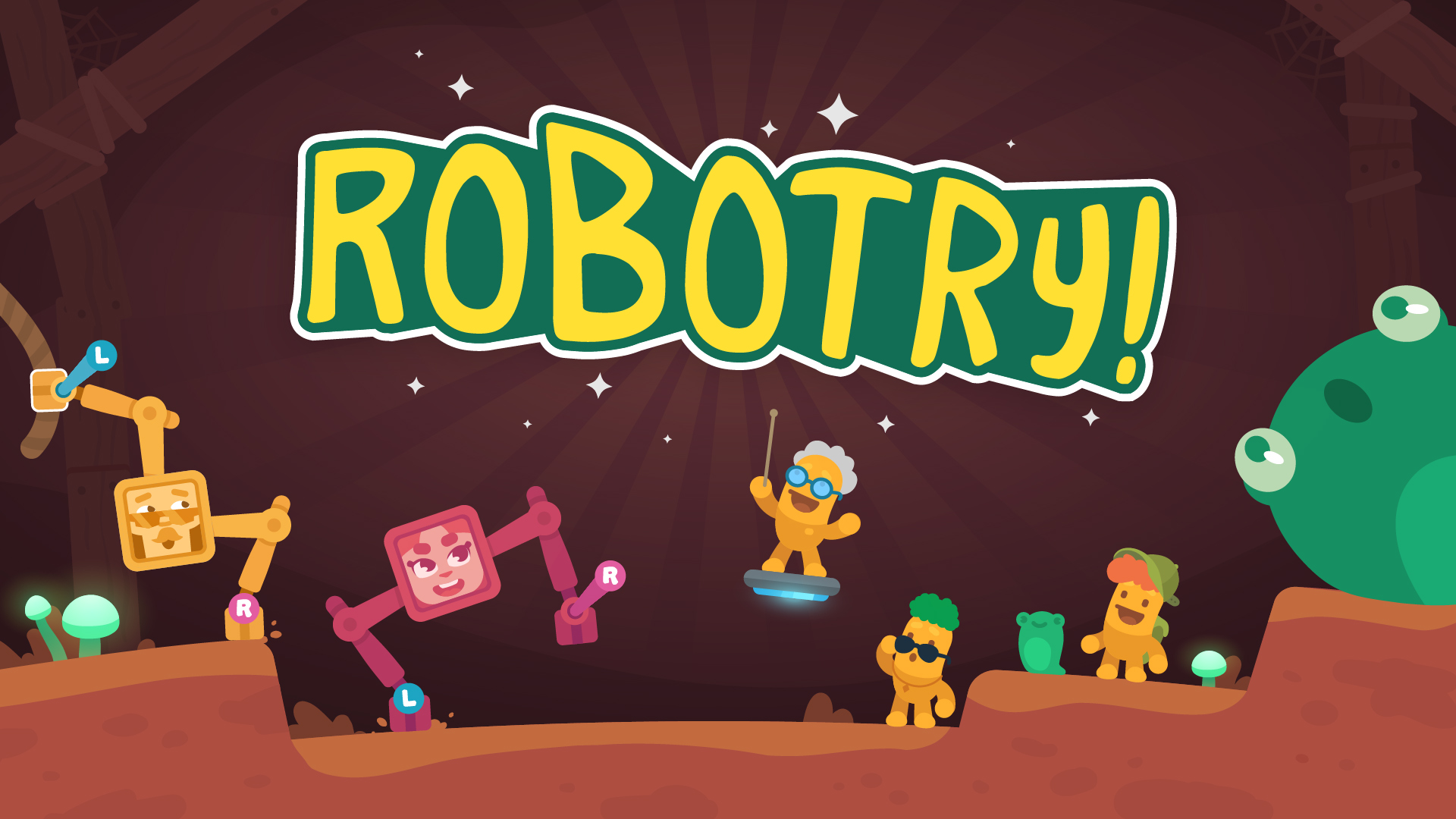 Robotry! brings out a unique physics-based twist on 2D platforming. It has a physical movement mechanic, where legs are controlled directly by using the gamepad analog sticks. Walking, jumping, kicking and pushing buttons are all done simply by pushing the legs against different objects. You might think that it's frustratingly finicky, but the auto-balancing of the robot makes this relatively effortless. There's a learning curve, but it's smooth and satisfying.

The ability to grab and move things brings even more depth, adding actions like throwing, climbing and cranking. You might move like a glitchy toddler to start with, but end up more like an acrobat. And this is just the start, as the game keeps adding layers with new abilities and powerups. The game also rewards sandbox-like experimentation with plenty of discoverable secrets.

Robotry! is the second game of the indie game studio Lockpickle, based in Helsinki, Finland. From the beginning the concept included being able to move freely, but to actually make it work has been a major undertaking. After a year of development things have really fallen in place, and the robots move fluidly and in a way that really feels physical.

The game is currently in development, and will release on Switch, Xbox, PC and Mac. The first version will be launching during 2022.